Est. 1982
01582 882588
Cookers - Esse Ironheart
Esse Ironheart
The 'Ironheart' cooking stove is a cooker that burns logs beautifully and a stove that cooks to perfection.
First conceived to mark the 150th anniversary of the company, the inspiration for this product was found in the earliest appliances in the ESSE museum. Small domestic stoves for both cooking and heating. ESSE was amongst the first to introduce the closed stove concept to the British market, and consumers soon recognised the design's advantages over the open fire alternatives, of greatly increased economy and control.
Ironheart takes these attributes to a new level, with a tested efficiency rating at over 82%, and low CO emissions to exceed current standards.

Cooking only - Model EW
Essentially the cooking stove makes the most of the two things ESSE does best. An inspired combination of a superb log burning stove and traditional, cast iron range cooker. 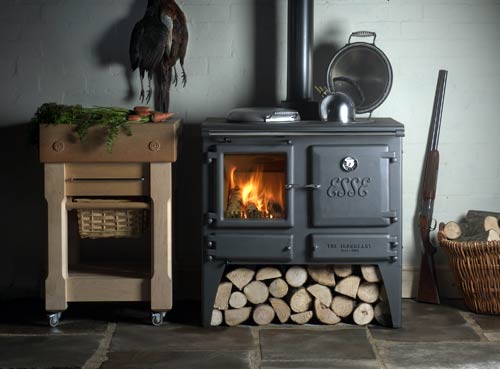 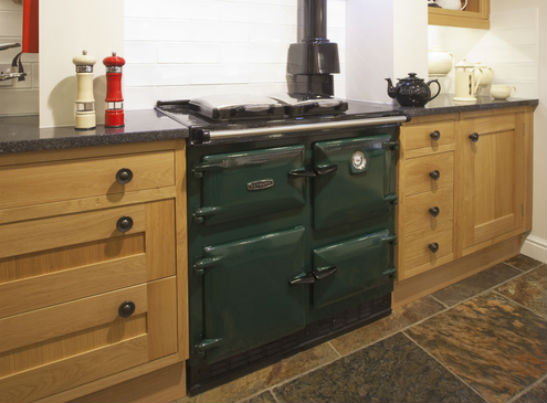 I am very pleased with the service I received and would recommend you to my relatives and friends.
Mrs C

Many thanks to Barton Supplies, Steve and Scott for getting our stove installed.
Mr & Mrs D

I should like to say how impressed we were with the recent supply and installation of our fire and fireplace. Barton Supplies had a massive selection of appliances, hearths and surrounds.
Mr W

Our recent gas fire and surround were installed to a high professional standard, we were very pleased.
Mrs E

Our new multi-fuel stove is the focal point of our house, providing a cosy affordable heat. Barton Supplies provided a comprehensive service arranging the removal of our old fire place.
Mr & Mrs L

Thank you very much for supplying us with a Stovax Huntingdob 30 Stove. We were more than happy with the service provided by yourselves and our HETAS fitter. The staff in your showroom...
MR A. D

Very pleased with a fire from Barton Supplies. We could not be more impressed with not only with the range of fires on show but the knowledge and expertise of the staff. Delivery was fast...
MR B

I recently had work carried out by Barton supplies Ltd, i.e. repairing the coal fire and replacing it with a gas fire and surround. I was a bit apprehensive at first as to whether ther...
MR R.M.H

Apart from the spares that were supplied to us, we also bought the YEOMAN EXE STOVE from Barton Supplies. The service provided on these two occasions were excellent. Clifford was very ...
MRS P

I have used Barton Supplies on several occasions. I have always had a prompt and efficient service along with good advice and courtesy. The installation of my Clearview Stove was first cl...
MR P.K.D

To all at Barton Supplies, I want to compliment you on making so easy to do business with. The electric fire you supplied is now fitted and working perfectly. But more than this you made ...
MR J. R

On the 13th October we placed an order for a Gazco Logic Gas Fire Stove. After a visit from your surveyor, Jeremy Penman arrived last Monday (20th) to fit the fire and to ensure the apert...
MR T. F

The level of service received from Barton Supplies was excellent from our initial enquiries regarding which fire would be best for our home and our own personal requirements through to th...
MR G. T
I visited the showroom at Barton Supplies and was welcomed to the shop and made to feel comfortable right from the off. The staff were extremely helpful and knowledgeable about the produc...
MR J. N
I received really good advice, as to the type of fire that would suit my existing fireplace. The service that I received from both the delivery and the installation was first class. I wou...
MRS M
We used both Barton Supplies and fitter Steve Yorke twice during the Autumn last year. From start to finish we found the service from both Barton and Steven to be excellent. They were hel...
MR E. D
Delighted with our new Eko 6010 stove installed this summer. It looks good and most definitely does its job superbly. Installation went well, clean, smooth and tidy. Overall very pleased.
MRS G
When visiting you showroom we received helpful advice when deciding which fireplace and electric fire to choose. You arrange for a member of your staff to measure up, you organised a chim...
MR & MRS A. B
You recently supplied us with an electric fire and surround. this is to let you know that your service was excellent from start to finish, from choosing the fire and surround, removing th...
MRS J. B